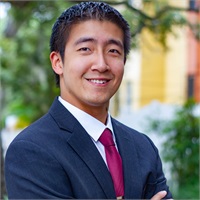 Eric Lam was born and raised in Ocean City, New Jersey. He then moved to Tampa, Florida where he received a B.A. in Finance at The University of Tampa.

Eric worked as a Senior Lifeguard with the Sea Isle City Beach Patrol and a Dock Master & Operations Manager at Pirates Cove Marina for over 9 years before joining us at CFG. He is an active member of the Boy Scouts of America and received the Eagle Scout award in 2014. Shortly after moving to Tampa for college, he began his journey in the financial industry at Cassedy Financial Group, Inc. as a Wealth Management Intern in September of 2016. Upon graduating and the internship, he continues his career here at CFG as a Branch Associate.